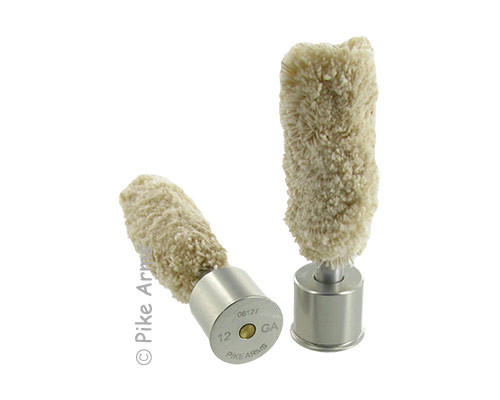 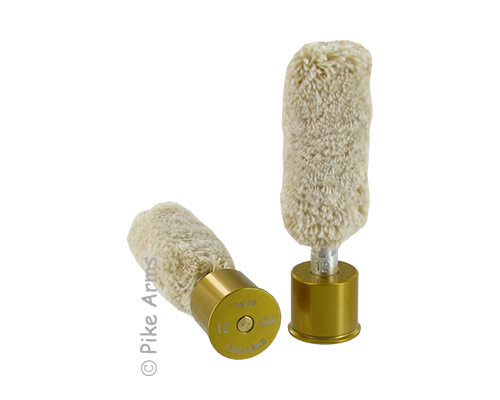 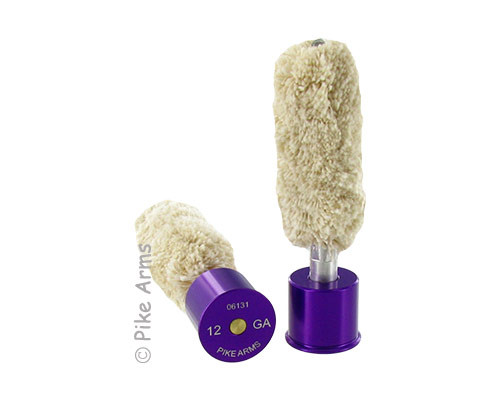 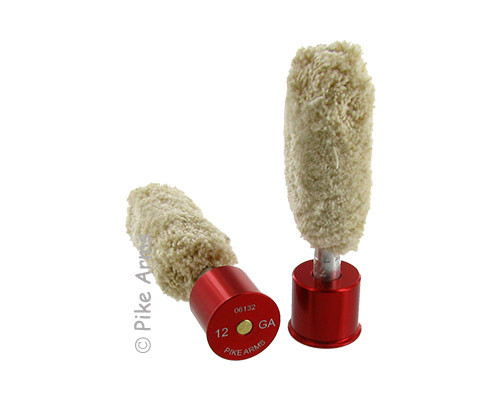 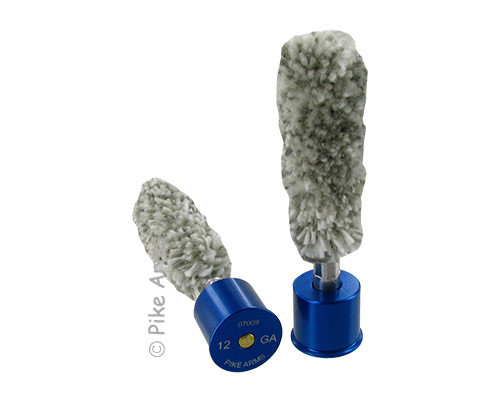 The Pike Arms SNAP CAP WITH RUST INHIBITING MOP is a multi-function snap cap that will not only ensure that your shotgun is not loaded, it will also inhibit rust by having the oil soaked cotton bore cleaning mop in the chamber while the gun is in storage.

The SNAP CAP WITH RUST INHIBITING MOP has a CNC machined aluminum base with a spring loaded brass firing pin protector that will allow you to drop the hammers on each barrel without having to dry fire the shotgun. The aluminim snap cap base in your choice of colors, provides quick positive identification that the snap cap is in the shot gun and not a live shell.  It is professionally laser engraved with Pike Arms manufacturer information as well as the gauge designation.

The MOP is threaded into the snap cap.  Both the mop and the brass firing pin protector can be replaced if necessary by simply disassembling the snap cap and replacing the mop with a new traditional shotgun cleaning mop.

The SNAP CAP WITH RUST INHIBITING MOP is available in your choice of gauges (12, 20, 28 and .410 Bore) and can be used on over / under, single barrel, double barrel as well as auto loading shotguns.  The caps are sold in PAIRS, therefore if you have an over / under shotgun, you will only need to order ONE for each shotgun and you will receive TWO SNAP CAPS.  If you order two, you will get 4 snap caps etc.

Trap, skeet and sporting clubs that are interested in having 100 or more pairs of SHOTGUN SNAP CAPS WITH RUST INHIBITING MOPS lasered with their club name on the aluminum snap cap should contact customer service at sales@tacticalinc.com for additional information.

NOTE: While the SHOTGUN SNAP CAPS WITH RUST INHIBITING MOP is designed for doubles and Over / Under shotguns, they can also be used in pump action and semi-auto shotguns but may be minimally too long to eject reliably through the ejection port opening.  However, the mop can easily be trimmed to a shorter length with bolt cutters or vice grips for ejection in semi or pump shotguns.