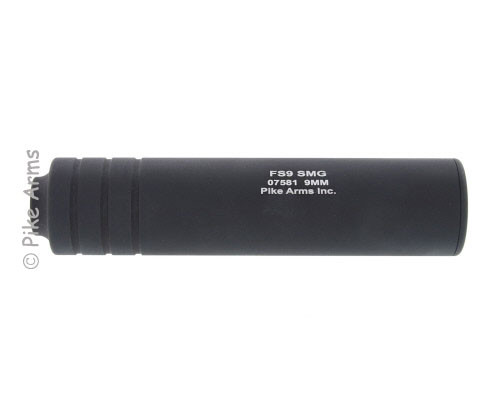 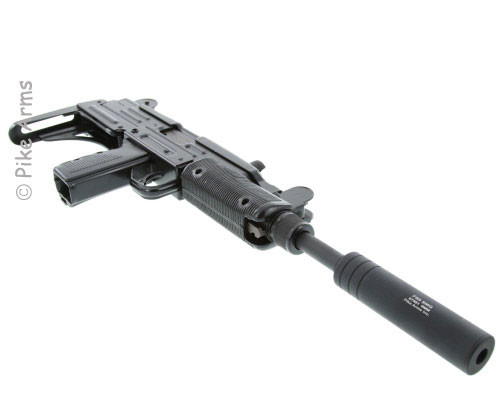 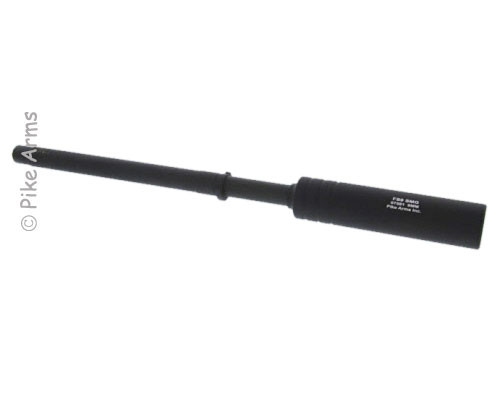 Want the suppressor look without all the paperwork hassle and transfer tax expenses? Our 9MM Sub-Machine Gun (SMG) Fake Suppressor is as close to a real silensor as you can get without paying the tax stamp. Its CNC precision machined from solid aluminim with a durable cerakote finish identically to our real NFA registered suppressors. Since its a fake suppressor, the sound is not reduced and bullet impact is not changed. Many customers do prefer the weight and balance improvement that the suppressor provides. Its perfect for use on an UZI, STEN, AR15 or any other "sub-gun" with a threaded barrel and will also of course work on any 9MM firearm that has the barrel threaded 1/2x28.

Order a Fake Suppressor today and get your gun lookin' right!

Ordering Restrictions: No sales to CA or where otherwise prohibited. A pistol with a threaded barrel in CA would be a restricted Assault Weapon and is prohibited.

2. Screw 9MM FAKE SUPPRESSOR onto firearm's existing threaded barrel.  Hand tighten until securely seated on barrel.  Do not over-torque.  Use crush washer (not supplied) to position engraving to preferred orientation if desired.